C8wp7rHCC15re3P0Posted on December 8, 2013 Posted in Uncategorized 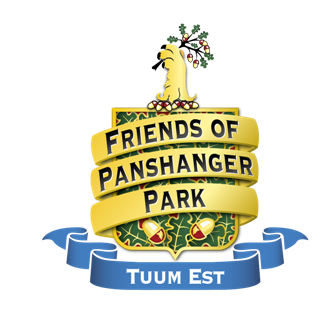 TIME IS UP – The COUNTRY PARK promised to the people of Hertfordshire must now be delivered.

The Friends of Panshanger Park formed in 2013 to represent a range of groups & individuals frustrated by years of delay in the opening up of a Country Park at Panshanger.

Current owners Lafarge Tarmac are obliged to deliver the Country Park as part of a 1982 legal agreement, where mineral extraction rights were given in return for the opening of a Country Park on the historic Panshanger estate.

Friends Chair Gary O’Leary, “ We want to work with Lafarge Tarmac and Hertfordshire County Council and others to ensure all can enjoy this magnificent Grade 2* Listed English Heritage Park.  Much of the Park could have been opened long ago. We wish to see the Park opened up in early 2014 with public access throughout, allowing all to appreciate its history and share in this remarkable natural environment. Whilst work on wildlife and conservation management at the Park has continued over the years, it has been based on a seemingly narrow agenda, with the Park only accessed for private shooting and fishing by a privileged few.  The public have been excluded for decades.”

Friends member Kate Harwood (also Herts Garden Trust) continues, “What we have at Panshanger is a unique landscape by the two greatest late 18th century designers, Lancelot ’Capability’ Brown and Humphry Repton  whose similar but different designs  face each other from the plateaux  either side of the river and both descend to  make the landscape in the valley the pearl of pearls of the Mimram parks and gardens. Later generations have given us a wonderful Victorian garden whose remaining buildings and intimate gardens can be restored for all to enjoy; all set alongside the ancient woodlands which include the celebrated 600 year old Panshanger Oak, chosen for the Queen’s Golden Jubilee as one of Britain’s 50 greatest trees.”

Friends member David Farmer a local resident near to the Park:  “We have suggested a network of footpaths, bridleways and heritage trails which will take the public North/South and East/West across the Park. We want to see a Park which is fully utilised for health, leisure, wildlife and educational pursuits.  The connection between better human health and access to nature is well established. The Government’s latest Review of England’s Wildlife Sites and Ecological Network, chaired by Prof Lawton ‘Making Space for Nature’, states that access to Wildlife sites, particularly those close to urban areas, results in people being more physically active and improves mental well being. It also gives young and old a much better understanding and appreciation of the natural environment and local wildlife.”

Gary O’Leary continues, “Friends of Panshanger Park are looking to move forward the delivery of our Country Park at a faster pace.  Using its members experiences and skills, the Friends have already produced two Vision Maps for the Park, the first showing how the historic landscape, buildings, park and gardens can be best used; the second shows how footpaths, bridleways and open access can be provided across the Park. The Friends have also begun a series of presentations to Groups across the County on the history of the Park and the future possibilities. The Friends have started a series of “hands on” environmental projects, to give practical support with river and pathway improvements around the perimeter of the Country Park”. For more information on the work of the Friends of Panshanger Park or to join please email friendsofpanshangerpark@gmail.com.

Local organisations represented by the Friends of Panshanger Park include:

Our vision of access to the park is shown below: 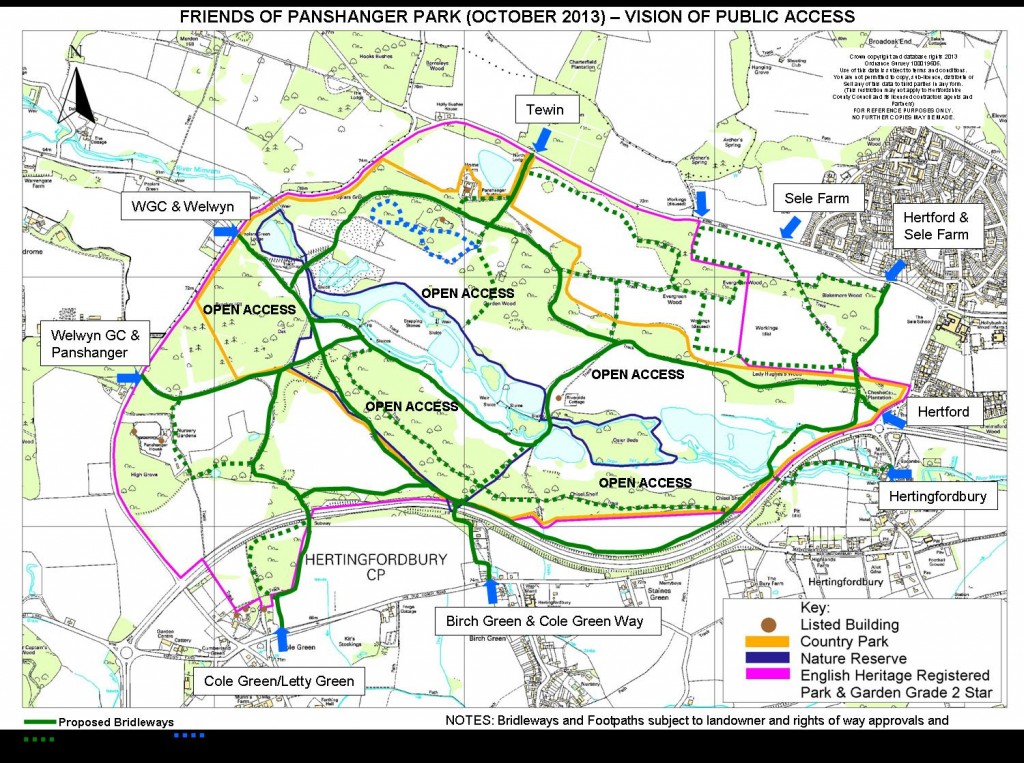 Our vision of the park landscape (click to enlarge):

Our vision of the Panshanger Park landscape

A potted history of Panshanger from Parks & Gardens UK can be found by clicking this link.