Historic Panshanger House was the ancestral home of the Cowper family, you can read a lot more about their chronology on our ‘Potted History’ section on the History menu above. The big house was of course the centre piece of the park and a very significant building. The below description of the house is taken from English Heritage and can be read in full here.

“PRINCIPAL BUILDING Panshanger House (William Atkinson 1806-11, demolished 1953-4) was built on the site of an earlier dwelling and stood in the northern half of the park, at the edge of the north plateau, overlooking the broad River Mimram valley below to the south. It was of two storeys, built in Romantic Gothick style with crenellated parapets, turrets, and several squat towers breaking up the facades (CL). The entrance front lay on the north side, overlooking a level lawn planted with scattered trees, whilst the south, garden front overlooked a broad, open sweep of parkland leading down to Repton’s Broad Water in the Mimram valley, with distant views to countryside beyond the park to the south (OS). Almost nothing of the house survives except possibly the foundations, and the site is overgrown (1999). The brick-built stables (c 1856, now converted to office accommodation, listed grade II) stand north of the site of the house, surrounding a square stable yard on three sides, the fourth, south side being closed by a brick wall with a central gateway. Adjacent to the north lies a farmyard, with brick yard walls, stock pens and outbuildings.

GARDENS AND PLEASURE GROUNDS Panshanger House formerly stood within two wings of enclosed pleasure grounds which extended south-east down the valley side to Garden Wood, and west along the plateau to Poplars Grove. The largely earthwork remains of the formal garden features flank the site of the house to west and east. East of the house site lie the remains of a level, open lawn, formerly bounded to the east by a brick wall (traces of which remain), divided from the site of the house by an area of scrub. This contains the basin of a pool and fountain, formerly aligned on the centre of the east front, which marked the intersection of two paths in cruciform pattern. The basin is surrounded by a ring of overgrown box plants, with specimen yews scattered in the surrounding scrub, together with several mature cedars and pines. Formerly this area and the south terrace were graced by a group of marble vases (P van Baurscheit 1714) brought from the old Cole Green house (CL 1936).”

The below pictures are from the sale catalogue whn the house and contents, including a large art collection, were sold off prior to demolition: 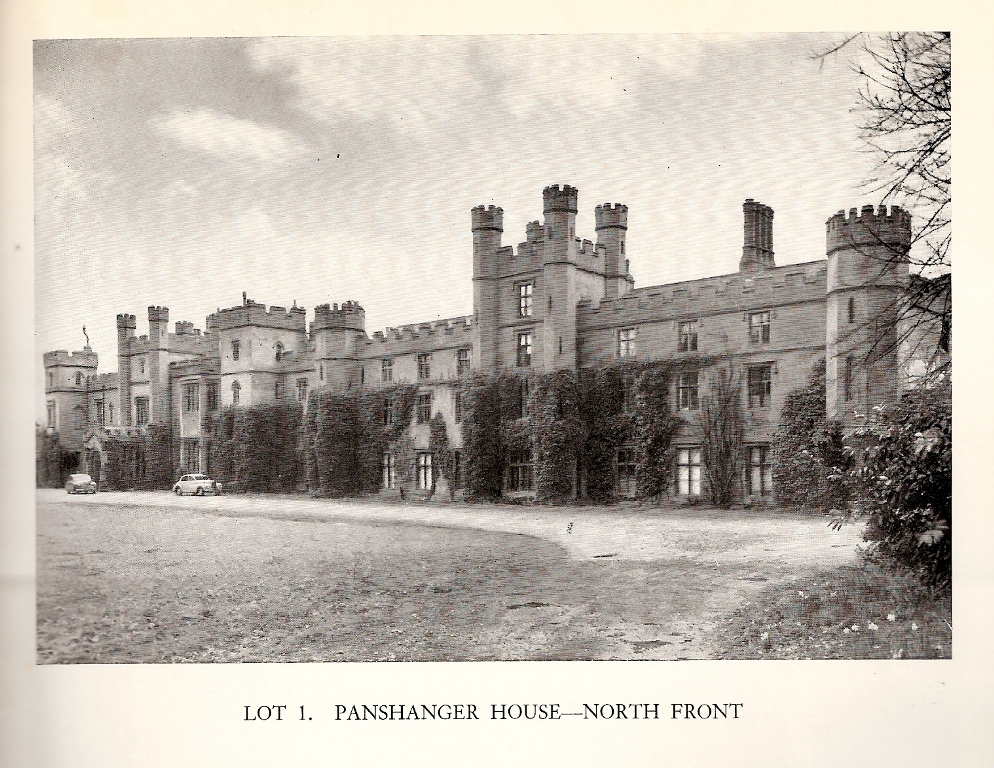 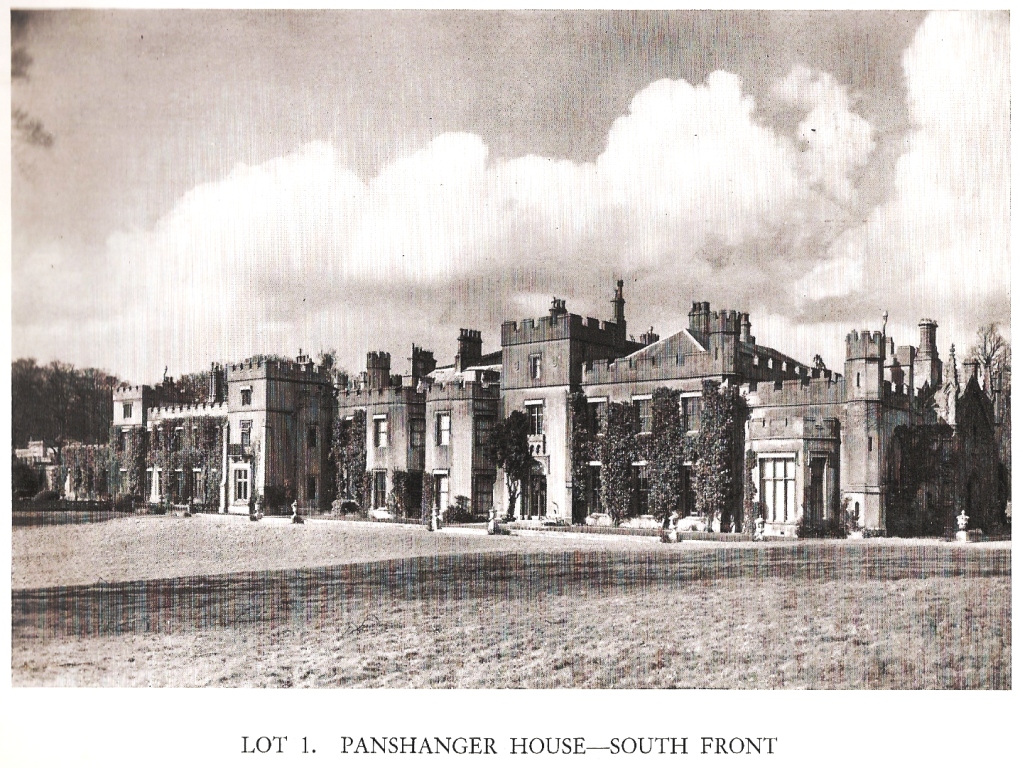 “A short distance further on (from Welwyn) is Panshanger Park, which is extremely beautiful.  It belongs to Earl Cowper, who permits the most free access to the park and grounds, and also to his picture gallery.  In the private garden stands the famous oak, “Silva Britannica,” remarkable for its size, symmetry, and grandeur of appearance”

Click here to get information about the nearest defibrillator to Panshanger Park.

Friends of Panshanger Park formed in 2013 to represent groups & individuals disappointed by years of delay in the opening up of the full Country Park at Panshanger. Today the friends group seeks to promote the park to local residents and lobby the landowner, Tarmac, to make greater progress in developing the parks facilities, and in preserving it’s listed landscape and buildings. We seek to work in partnership with Tarmac wherever possible, but also acting as critical friend when needs be. All are welcome to join our mailing list and anyone who might want to join our committee is also invited to contact us to find out more.

The Country Park is open to the public although some areas remain fenced off, so visitors cannot roam everywhere.  The owner Tarmac has recently introduced a charge of £2.50 per visit to park in the only car park. Signage in the park has not yet been updated to include the newest routes in the park. We hope it be will be updated as soon as possible, including updated interpretation boards about the park’s history and heritage.

The creation of this park as a public amenity for Hertfordshire was a legal obligation, in perpetuity, on the landowner. Mineral extraction rights were granted back in 1980 by the Secretary of State for Environment, a key condition of the Legal Agreement that followed was the creation of a Country Park for the benefit of the public.

The Hertfordshire Gardens Trust have produced an informative leaflet guiding visitors through a 3.5 mile walk across the park. Why not put in on your smart phone to bring alive the history of the park during your next visit! Click here to download it.

Join the Friends as a supporter by simply emailing us at:
friendsofpanshangerpark@gmail.com
you can then receive our occasional emails.

This website uses cookies to improve your experience while you navigate through the website. Out of these, the cookies that are categorized as necessary are stored on your browser as they are essential for the working of basic functionalities of the website. We also use third-party cookies that help us analyze and understand how you use this website. These cookies will be stored in your browser only with your consent. You also have the option to opt-out of these cookies. But opting out of some of these cookies may affect your browsing experience.
Necessary Always Enabled
Necessary cookies are absolutely essential for the website to function properly. These cookies ensure basic functionalities and security features of the website, anonymously.
Functional
Functional cookies help to perform certain functionalities like sharing the content of the website on social media platforms, collect feedbacks, and other third-party features.
Performance
Performance cookies are used to understand and analyze the key performance indexes of the website which helps in delivering a better user experience for the visitors.
Analytics
Analytical cookies are used to understand how visitors interact with the website. These cookies help provide information on metrics the number of visitors, bounce rate, traffic source, etc.
Advertisement
Advertisement cookies are used to provide visitors with relevant ads and marketing campaigns. These cookies track visitors across websites and collect information to provide customized ads.
Others
Other uncategorized cookies are those that are being analyzed and have not been classified into a category as yet.
SAVE & ACCEPT